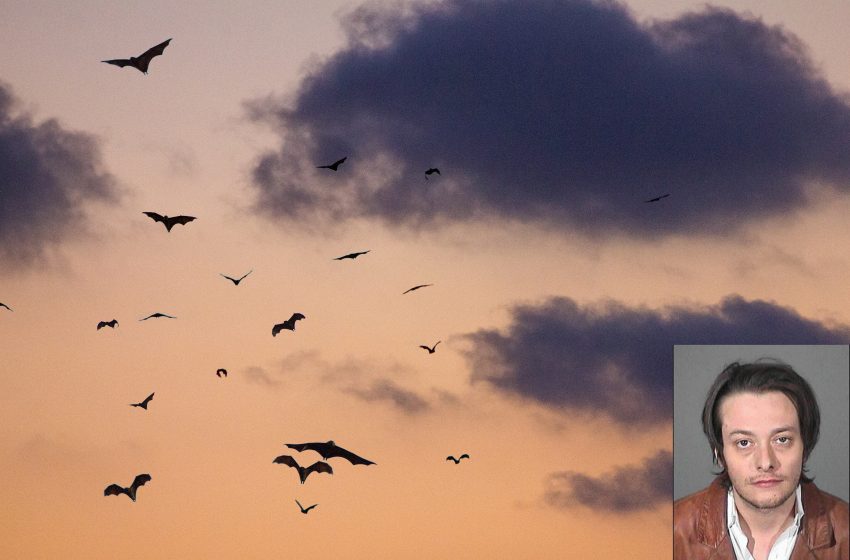 TRANSYLVANIA, ROMANIA – Edward Furlong started out his film career strong with appearances in the well-received Terminator 2: Judgement Day and American History X. A career that looked to be destined for stardom was never meant to be as Furlong starred in multiple critically panned movies shortly after.

A deep dive into substance abuse and domestic violence arrests followed until Furlong was no longer seen or heard from in Hollywood or by his family.

In recent news, Furlong has been reportedly living in the forests and foothills of Romania for the past 12 years hunting what he refers to as ‘vampire terminators’.

The unkempt and unrecognizable Furlong now goes by Edward Van Helsing Schwarzefurlong, carries wooden stakes, a gun with silver bullets, a garlic clove necklace, eats all of the wild mushrooms he can find, and lives in a cave.

“He tends to keep to himself and we don’t see him too much so we don’t really bother him. Occasionally we see him running through the fields screaming and chasing imaginary terminator vampires or we hear gunshots in the forest but otherwise, he’s harmless,” said local villager Mikael Romanov.

It appears as though all those years of doing hard drugs and now wild mushrooms have really twisted Furlong’s brain.

Tags: where are they now