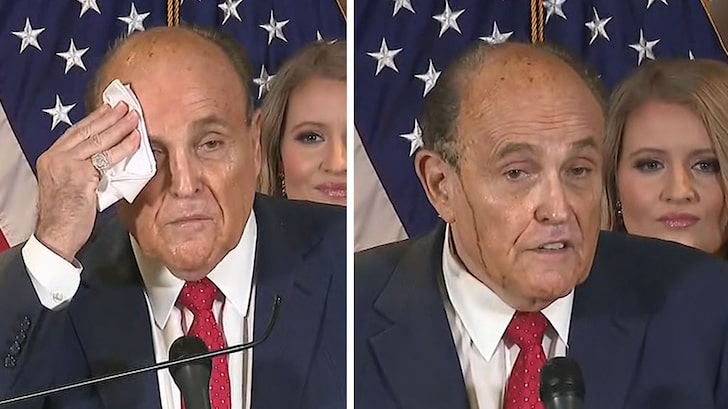 CHARLESTON, SC – Big time Trump supporter Lonnie Borkbeeper has thought since election night that the Democrats cheated and stole the election from President Trump, but after watching Rudy Giuliani drip hair dye all down his face while sounding like a stark raving mad lunatic, he’s starting to wonder maybe Trump actually lost.

“Ya know I’ve thought for weeks now, there was so much fraud, but then all these lawsuits keep getting thrown out by Republican judges all over the country and Republican election officials keep saying this was the most secure election ever,” said Borkbeeper.

“So I’m like okay, just show me the proof, but Trump and his lawyers keep having these press conferences, and keep listing all this fraudulent activity that happened but never once have shared one shred of proof. Then I watch Giuliani drip hair dye all down his face and I’m like alright somethin’ don’t smell right here.”

Lonnie’s wife Dottie is extremely distraught that her husband is even questioning any of this as she says they must support the MAGA movement and its dear leader President Trump without question forever and always. Lonnie hasn’t been seen since this interview as his wife has locked him in the basement for rehabilitation training.