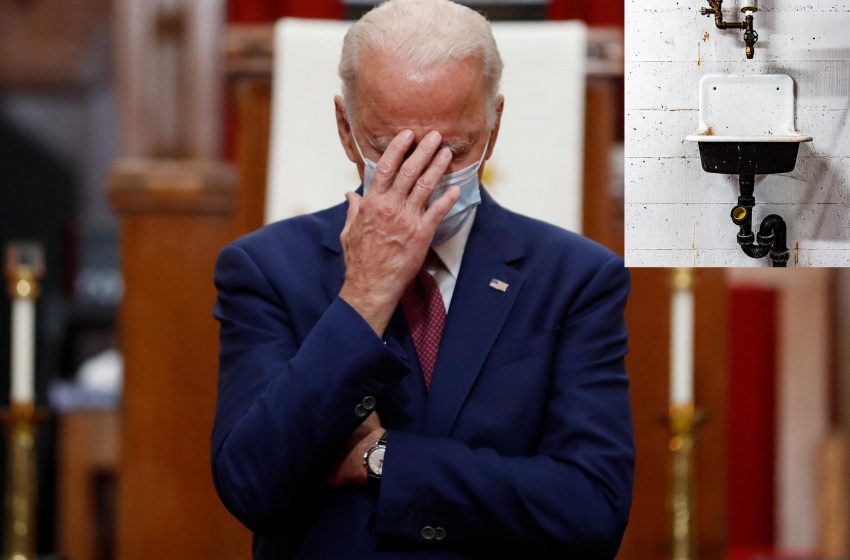 The rotten and foul-smelling diarrhea was sprayed all over the bathroom floor and walls in addition to the toilet.

“I mean it was just downright disgusting. It smelled like something died and there actually was a lot of blood mixed together with the feces so he should really go see a doctor, or don’t go see a doctor and just die. I don’t really give a flying malarkey either way,” said Biden.

Former President Trump responded by releasing a statement saying that he has the best and most tremendous bowel movements of anyone that ever lived. Biden is reportedly having the Presidential bathroom completely remodeled rather than attempting to have his predecessor’s mess cleaned up.