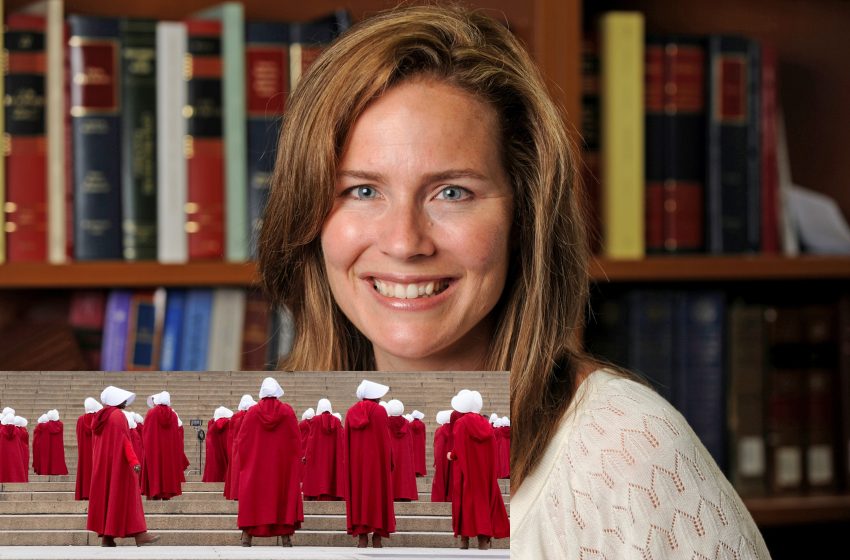 WASHINGTON – Supreme Court Justice nominee Amy Coney Barrett enraged Senate Democrats today after she showed up to the first day of her confirmation hearing dressed up fully as a Handmaid from the television show The Handmaid’s Tale.

“This is absolutely outrageous. She should not be allowed to serve on the Supreme Court as her decisions will clearly be influenced by her extreme religious views,” said Senator Kamala Harris.

Senate Republicans on the other hand don’t see what the big deal is. “I don’t get what the big Kahoot is. She just wore a nice red dress that looked very nice on her. This does not prove that her decisions will be influenced in any way. She is a very good perfectly normal Catholic,” says absolute walking contradiction and scum of the fucking earth Senator Lindsey Graham.

When pointed out to Graham that her opening statement consisted of her saying ‘Praise Be’ and ‘May the Lord Open’, both common lines from the show, Graham stated that means nothing and was just her being friendly.