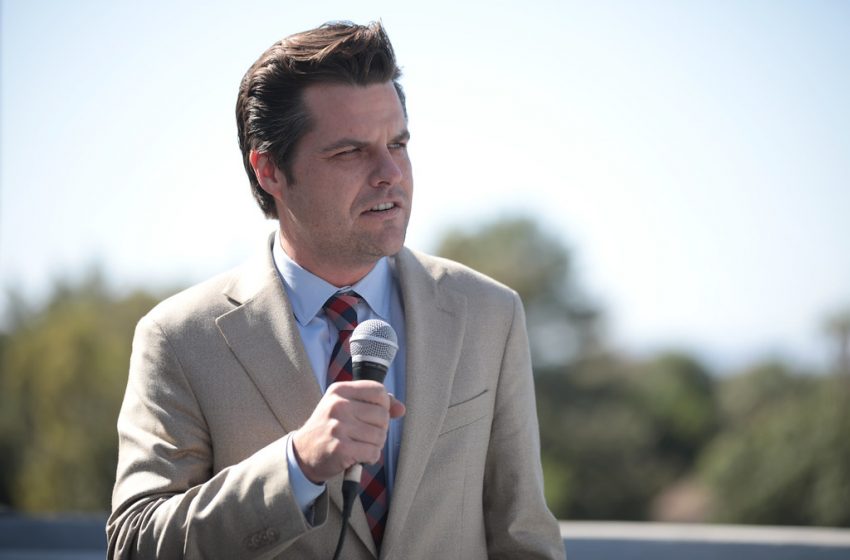 ORLANDO, FL – Spoiled millionaire douchebag Republican Matt Gaetz has come under fire this week after it was revealed that the Justice Department is investigating him for potentially having sex with a 17-year-old girl while also paying her to travel with him.

Despite the grave revelation, Gaetz held a press conference today in his gerrymandered district while holding his rich father’s hand to vehemently deny the accusation while bashing the Justice Department investigation.

“I absolutely did not have relations with an underage girl and even if I did, who cares as long as she agreed to it after I paid her and threatened her. Besides, Hunter Biden did like drugs and stuff and took money so they should really be investigating him and giving him the death penalty or something,” said the somehow more creepy and fucked looking Tucker Carlson clone Gaetz while picking at his asshole at what we can only assume is the silver spoon that is stuck up there.