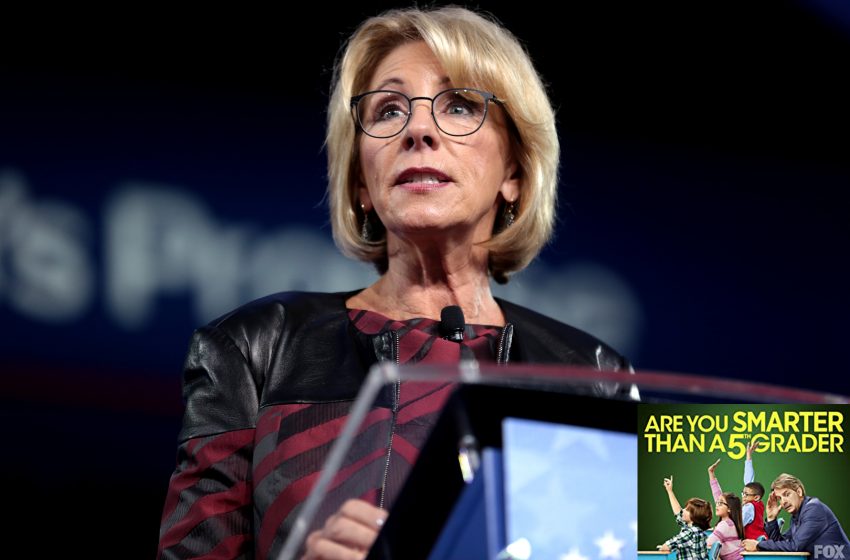 WASHINGTON – ABC has announced another offshoot of the once famed Are You Smarter than a 5th Grader? series. Secretary of Education Betsy Devos will star in the season premiere of Are You Smarter Than a Public School 5th Grader? that will air on Tuesday nights this fall.

“I am extremely excited to finally show the world the power and pure dominance that charter schools have over public schools. I will lay to waste and destroy each and every inferior public school 5th grader that is put before me and prove once and for all that public schools deserve no funding,” said Devos.

Devos went on to say that she hopes after this showing that parents across the country will pull their children out of public schools and put them in charter schools.

Devos refused to comment when we asked her if this would just enrich her and her family even more since they make millions from charter schools. Devos also went on to claim the data proving that charter schools have a much higher failure rate than public schools is ‘not real’.

Devos is feverishly brushing up on her 5th-grade social studies and algebra in preparation for the show.