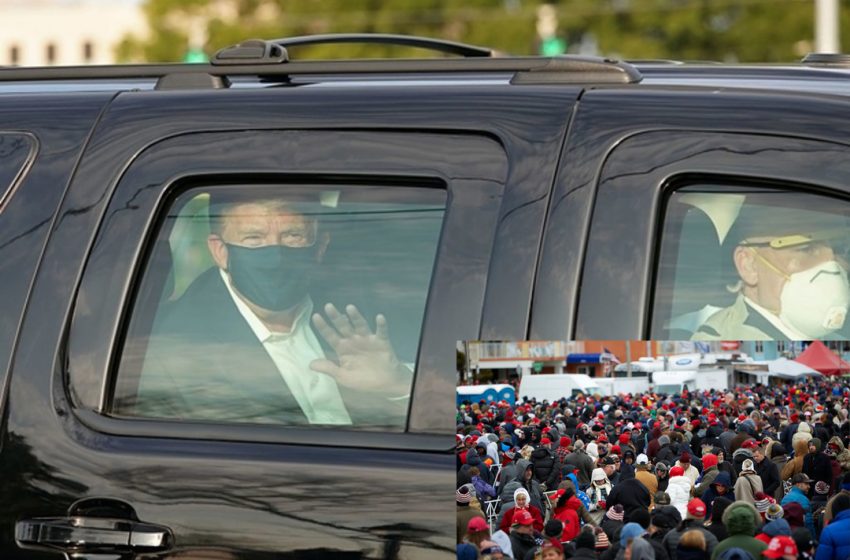 WASHINGTON – After testing positive for the infamous COVID-19, President Trump has reportedly driven around in an SUV to allow the opportunity for his supporters to catch COVID-19 from him.

Aside from Trump’s supporters, the secret service is at risk for having to drive him around while he waves in the SUV. However, many patriotic Americans feel the risk is worth it since it gives them the chance to see their dear leader.

“Ya know, he has this virus that’s supposed to be fake an all that, but since he got it, it’s probably real. Plus, he’s so strong he can’t poison anybody else. It made my life getting to see him wave for one second even though he might harm a few secret service members,” said Trump supporter Carl Lerry.

With many Americans feeling excited Trump feeling better, many are worried about the possibility of him spreading the virus to his blind supporters since it hasn’t been 14-days since his diagnosis.

“This is incredible and will show those liberals what it means to be a Trump supporter. I will kill my family for him if it means I get to support this country. Honestly, it’d be an honor to get the virus from him,” said Trump support Chelsea Robert.