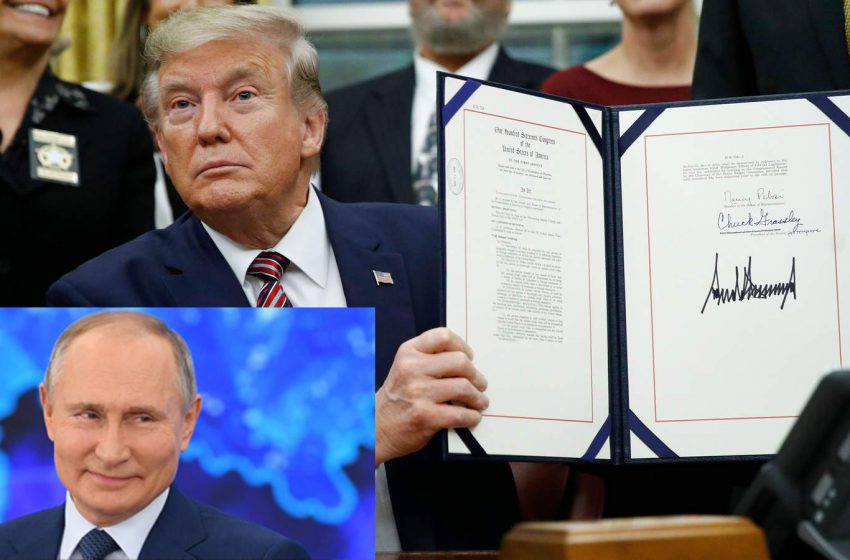 WASHINGTON – President Trump surprised everyone today by issuing a presidential pardon for Russian President Vladimir Putin. Trump has not stated what Putin has done wrong that he’s issuing him a pardon for, not to mention that he is not an American citizen.

“Everyone knows that the Russian collusion story was a giant fake news hoax, so before Biden comes in and tries to investigate my good friend Putin, I just wanted to issue a general pardon for Putin so that he can’t be charged with anything. Him and I have just the greatest relationship,” said the President.

Most people are in an uproar over this news as Putin and Russia are one of America’s biggest adversaries, but certain conservative Trump dick suckers like Tucker Carlson and Sean Hannity are praising the news.

It is rumored that President Trump will next issue a pardon to his good friend, and dictator of North Korea, Kim Jong Un.