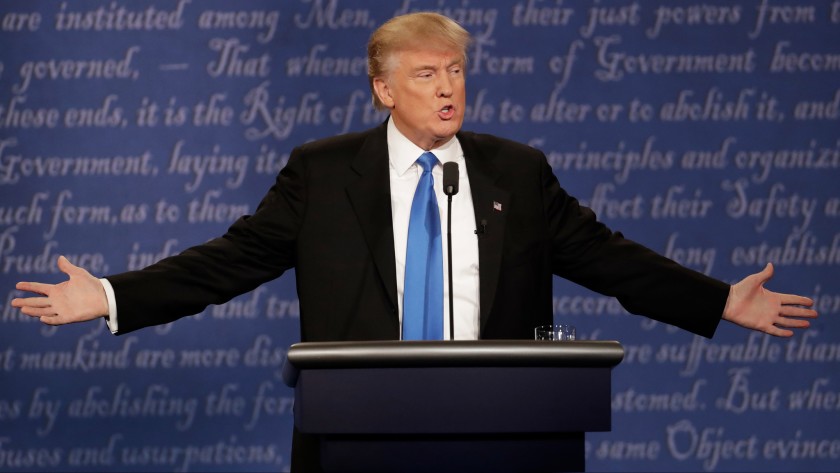 Problem solved right? Wrong, shortly after the debate began, President Trump immediately pulled a wireless microphone out of his suit coat and started screaming ‘Hunter Biden’ repeatedly into the microphone during Biden’s allotted time to speak.

When the moderator demanded him to hand over the wireless microphone, he refused. When she tried to have security take it from him, Trump shoved it down his pants to try and hide it.

After watching this debate, many Americans realized that not only is the election in 12 days, but the end of the world is too.