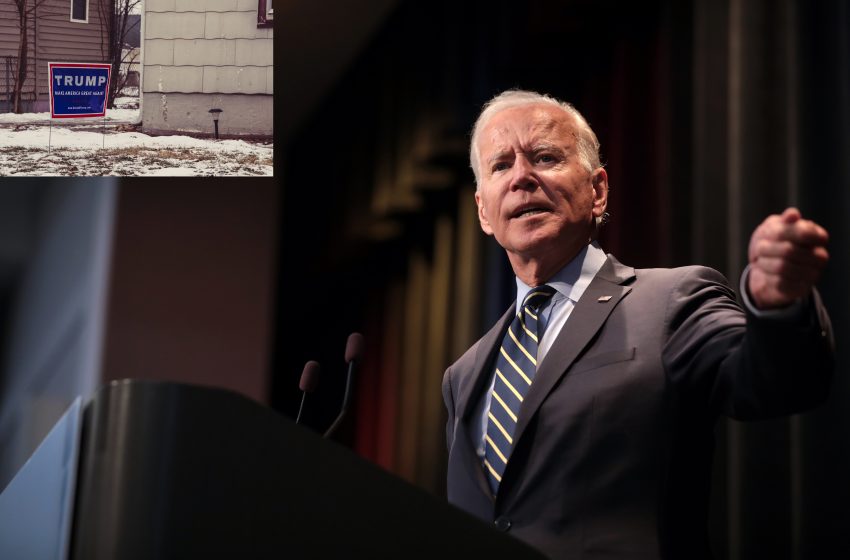 WASHINGTON – President-elect Biden announced that any house in the United States that still has a Trump 2020 sign or flag on it after Inauguration Day later this month, will be burned to the ground.

“It’s a whole bunch of gosh darn mularkey let me tell ya. It’s the year 2021 now so your Trump signs and flags don’t even have the right year on them anymore. If you can’t remove those pieces of garbage from your house, then you don’t deserve to have a house. I will burn them all to the ground,” said the President-elect.

Sources say that the President-elect will immediately form a pyro task force after Inauguration Day whose primary objective will be to heal the wounds of the nation and bring everyone back together, by burning down the houses of those who stand in the way of progress.