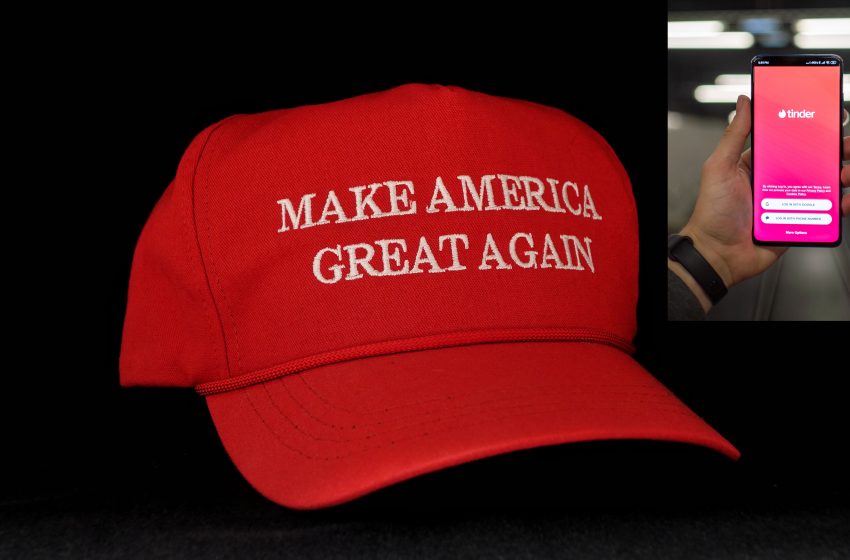 CLEVELAND, OH – After spending a few weeks swiping left and right on the dating app Tinder, a local Cleveland man who has a ‘Make America Great Again’ hat on in every photo of his dating profile, still can’t seem to figure out why no one has matched with him.

The report comes after Butch Daniels, 23, was recently dumped by his ex-girlfriend for his constant love for President Trump, which prompted Daniels to signup for Tinder, only to be disappointed by the lack of matches he’s had.

“I don’t get it, I work out and try to look my best, but no one seems to care. Sure, I might have a polarizing hat on, but who cares about that stuff, I’m just trying to get some chicks and it’s not happening,” said Daniels while wearing a MAGA hat for the seventh day in a row.

“If this doesn’t work out, I don’t know what I’m going to do. Maybe it’s something to do with my outfit, but who knows. The red MAGA hat makes my eyes look good so it can’t be that.”