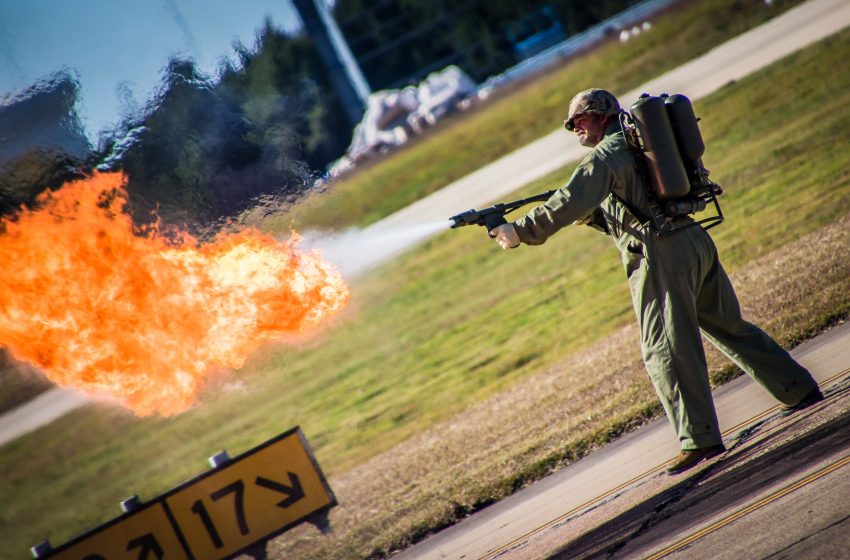 TOLEDO, OH – Local dumbass Ted Belly has made some extreme precautions for election week as he believes that Antifa will be storming into his white suburban neighborhood to burn it all to the ground after they find out that, as he says, ‘President Trump destroyed Biden’.

“I bought a month’s worth of food and made sure my whole family stayed home from work this week to hide out in my basement bunker if need be,” said the uneducated Mr. Belly.

“I got all 27 of my AR-15 assault rifles locked and loaded ready to protect my property and my family because once Antifa finds out that President Trump won, they are going to go neighborhood to neighborhood looting and burning everything to the ground.”

When we asked Mr. Belly where he got his clearly false information from, he said from obviously fake news sites patriotnews.com and conservativeflagsucker.com.

When we asked Mr. Belly what he would do if President Trump loses, he of course contradictorily stated that he would take to the streets with his guns to protest because as the DOJ and FBI have already previously stated, white nationalists like Mr. Belly are a greater threat to the safety of Americans than Antifa is.