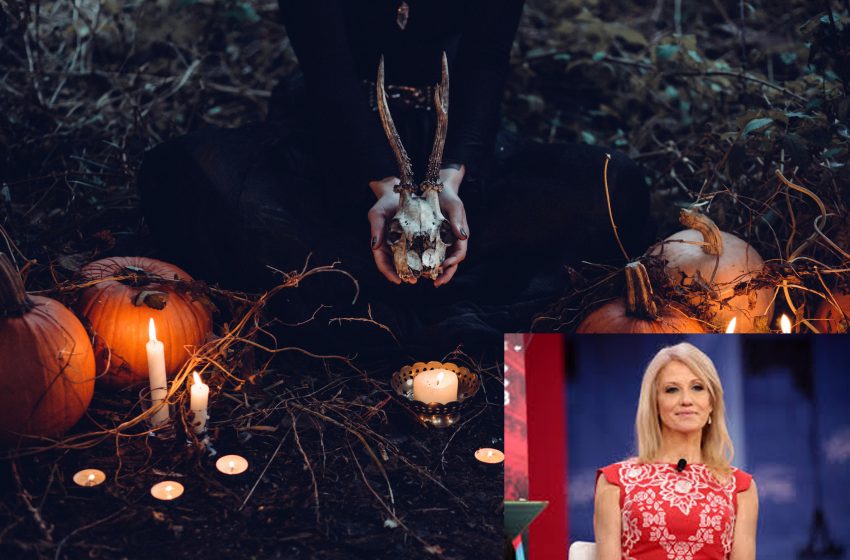 WASHINGTON – Former advisor to President Trump and evil hag, Kellyanne “The Conjob” Conway was seen by multiple spectators today streaking across the sky on a broom.

“I was just waiting at a bus stop and all of a sudden I see her flying through the sky sitting on a broomstick and cackling this laugh that just made the hairs on the back of my neck stand up. I always knew she was a witch but I didn’t know she was like actually literally a witch. A lot of things make sense now,” said local man John Berger.

Many now speculate how this information makes sense as the sloppy hair and makeup and pasty looking skin were always plastered on by Conway to cover up her green witch skin. Most are assuming Conway made different brews in her witches’ cauldron to con people into believing her lies.

Conway released a statement that she is not a witch and was just dressed up as one on her way to a Halloween party. When we asked her to explain how she was flying on a broom she stated that she wasn’t and that’s ‘fake news’, despite the irrefutable proof.