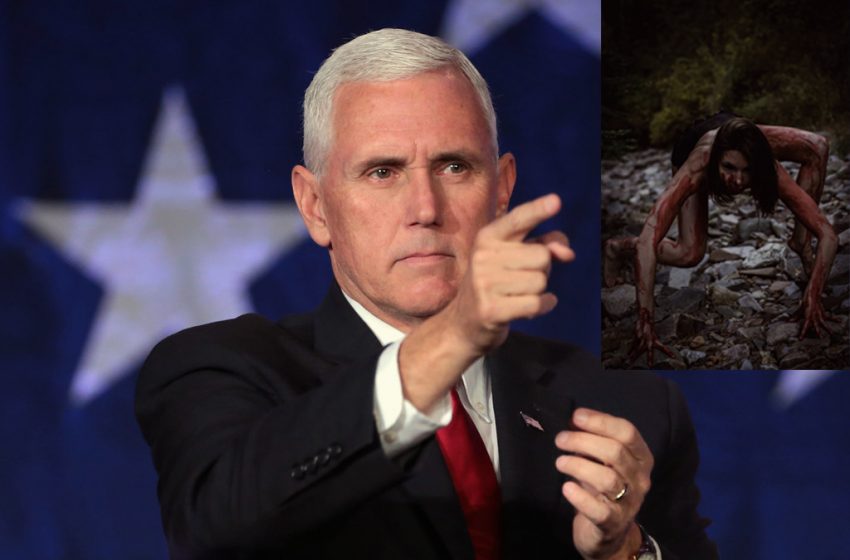 In the recent Vice Presidential Debate, current Vice President Mike Pence proudly claimed how pro-life he is while discussing the topic of abortion, moments after he blood sacrificed his daughter Charlotte to become a demon spawn for the lord.

The report comes after Vice President Pence and countless other evangelicals across the United States continue to make the statement about how proud they are to be anti-abortion, despite being hypocritical about all other works of life by being anti-welfare, pro-death-penalty, and pro-war.

“I love God so much and as an American, it’s a fundamental part to say you’re pro-life and how proud it makes you to be against the devilish act of abortion,” said Pence while feeding his demon daughter strange raw meet he went out and got suspiciously.

Many have pointed out the hypocrisy in conservatives’ arguments for being so religious and pro-life yet vouching for so many policy changes that aren’t technically religious nor pro-life, regardless of the abortion issue. Despite this, Pence will strongly support his opinion on the matter.

“God is our number one support system, but we need to be fearful of him. That’s why I forced my daughter to become a demon for God. This is perfectly fine, but if my daughter were to get an abortion, I’d kill her.”