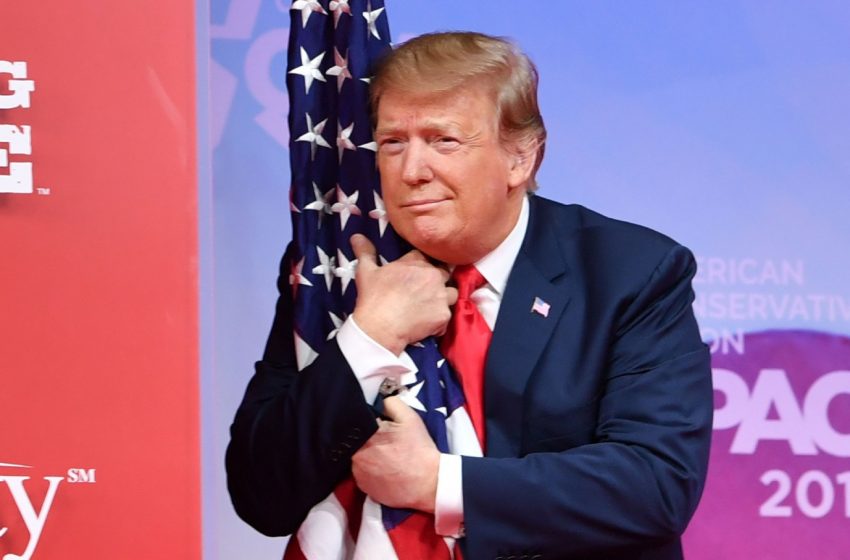 Former President Trump was blathering about how he lost the election and how much he loves the United States when he started eyeing up the flag that was on stage with him. Trump then started making out with the flag and rolling around naked on the stage with it to the great approval of the crowd who started making out and going after any flag they could get their tiny hands-on.