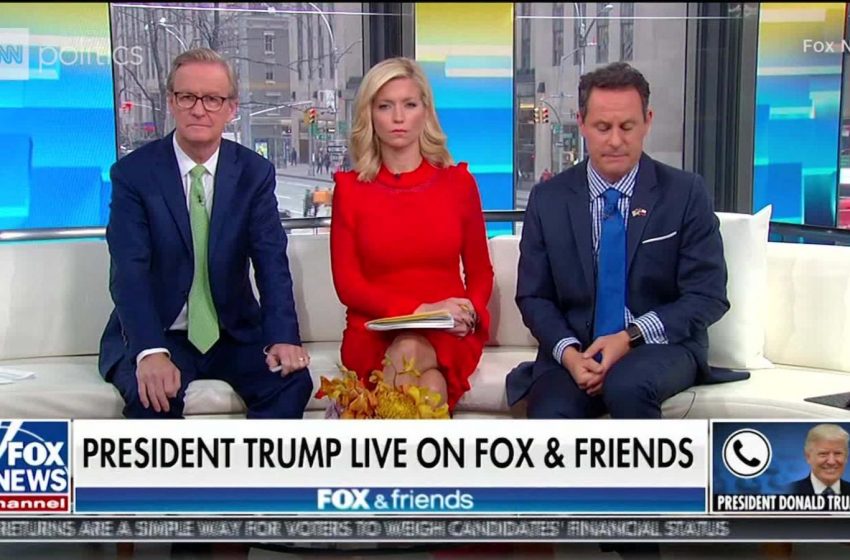 NEW YORK CITY – Fox News announced that Fox and Friends, a morning show about three rich pieces of shit’s racist viewpoints on things they know nothing about, will officially change its name to Grifters and Friends in the coming weeks.

“We here at Fox News believe in having no integrity and no shame when it comes to our programming. That’s why we employ blonde Hitler, a white supremacist, and a smug fat headed scumbag on our three prime-time programs at night. We decided a rebrand was needed to the Fox and Friends name to bring it more in line with our primetime shows,” said Fox News.

Fox News assured viewers that they can expect the same shit reporting and racist viewpoints from the three dumbasses that they come to expect. Steve Doocey and Brian Kilmeade, two of the dumbasses, are reportedly giddy with the news, while the third dumbass, Ainsley Earhardt, couldn’t be reached for comment since her head was too far up Donald Trump’s ass.