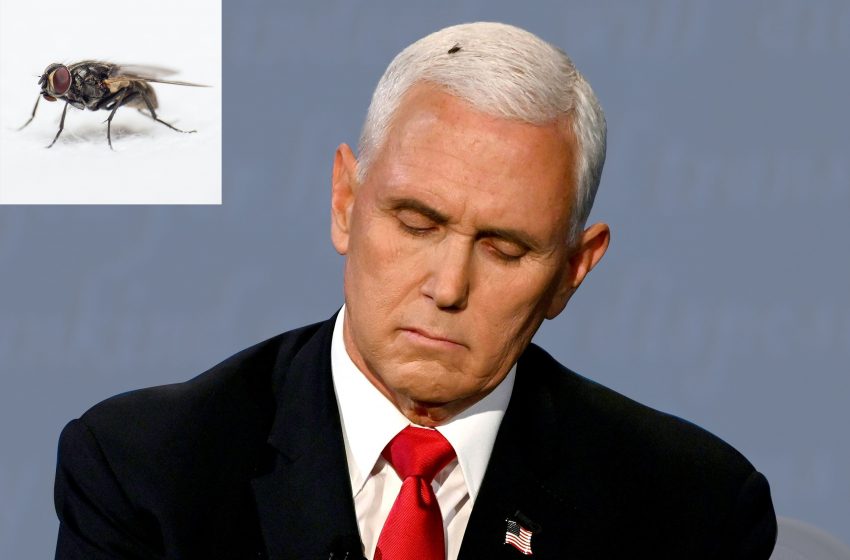 SALT LAKE CITY, UT – We have received an exclusive interview with the fly that landed on Vice President Mike Pence’s head the other night during the Vice Presidential debate. Fred the fly, 7 days, claims that it is by far the greatest night of his life.

“I didn’t think much at first of gaining entrance to the Vice Presidential debate, but the second I landed on Vice President Pence’s head, that all changed. Now I’ve eaten some amazing pieces of shit in my day, but absolutely nothing compares to Mike Pence,” said Fred.

“He was such a delicious, smelly, and foul-tasting piece of shit. I’ve had sex with quite a few flys in my life and done a lot of drugs back in the day and absolutely nothing in my life has compared to the absolute euphoria I felt tasting Pence,” said Fred.

Fred went on to say that he hopes not only that another Presidential debate takes place, but that he can gain access to it as well because he believes that President Trump is the only piece of shit in the world that’ll taste better than Pence.

“I’ve got this itch to scratch and I need to scratch it. It’s like a drug.”