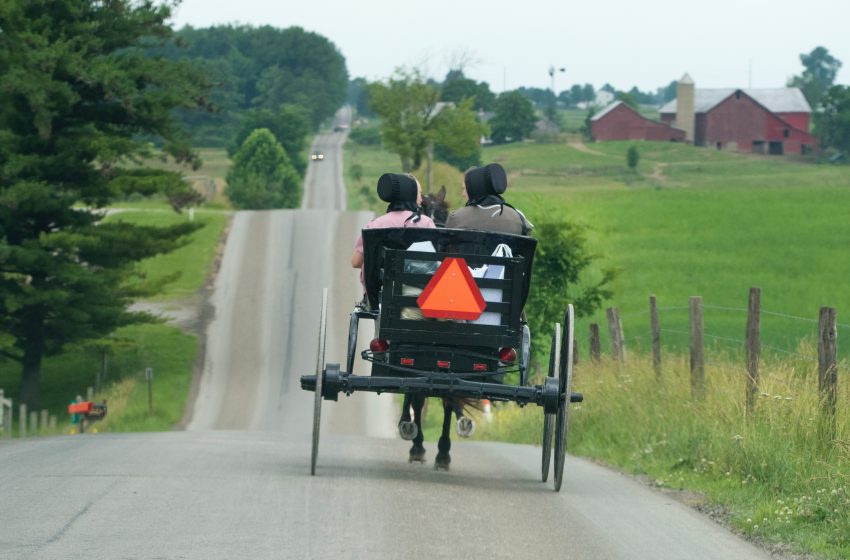 The incident began when the buggy went through a stop sign. A state trooper tried to pull the buggy over, which prompted the buggy to take off Indiana’s back roads. The trooper took off in pursuit, and backup was called in to assist in the chase.

The chase continued on for well over three hours, reaching speeds of over 18 mph. After a deployment of spike strips seemed to have no effect on either of the two horses or the buggy, the day took a tragic turn when one of the horses defecated on the road.

The leading state trooper skidded and lost control of his car when his tires ran over the excrement, causing his car to flip, and killing both troopers inside.

State Trooper Scott Buntington took matters into his own hands and ended the chase by employing a pit maneuver against the buggy.

Buntington slammed his car into the back left wheel of the buggy, causing them to lose control and flip several times. Both horses and all three people in the buggy were killed instantly. Amish people across the country are rioting, causing unrest in the middle of nowhere.