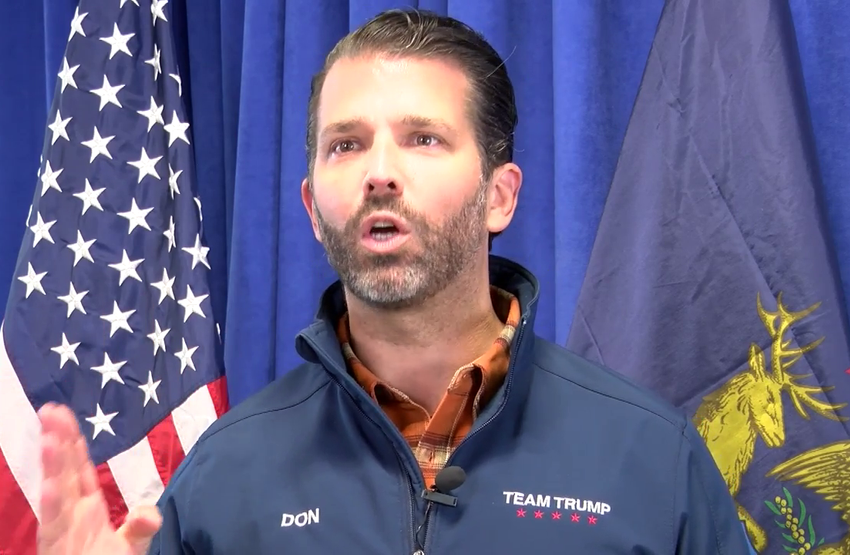 NEW YORK CITY – A coked-out Donald Trump Jr, while coming off of a drug and alcohol induced weekend bender, is demanding today that Hunter Biden is arrested for all of the exact same things that he does.

“Hunter Biden is a huge threat to this country. His drug addiction and privileged life, where he is just given money and jobs only based on who his father is, is absolutely ridiculous and he needs to be arrested immediately,” said a bloodshot eyed and sniffling Trump Jr. from his office of a job he was just given because of who his father is.

When we pointed out that he literally is describing his own life as well, how he grew up a billionaire and was handed jobs and money from his father’s company in the same exact way, he freaked out and started screaming that it wasn’t true because he doesn’t take money from foreign countries.

When we showed him pictures of him meeting with high-end sketchy political figures in the Philippines, India, and Saudi Arabia for shady business dealings, he lied and said he was just on vacation.