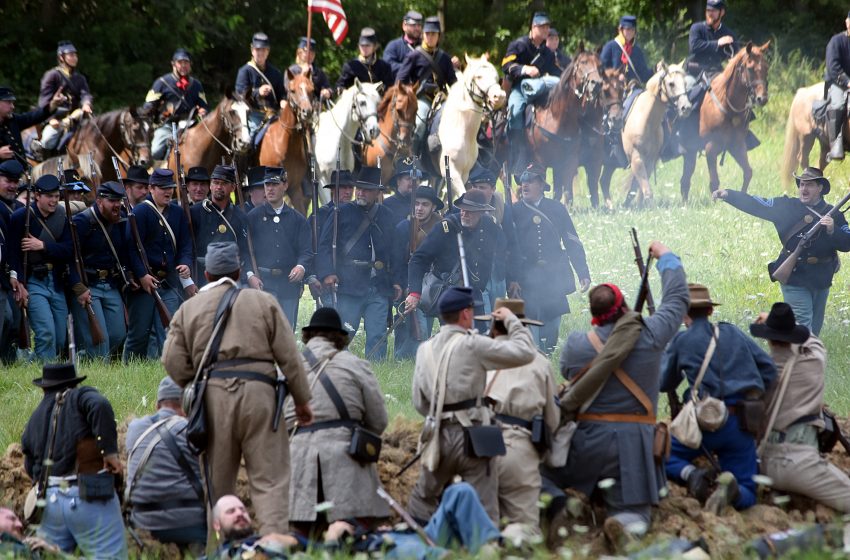 What was supposed to be a reenactment of the Battle of Bristoe Station in which the Union Army scored a decisive victory over the Confederate Army took a deadly turn when the hundreds of Confederate reenactors showed up to the battle with semi-automatic assault rifles instead of fake muskets and rifles.

“Ya know I’ve been doing this reenactment for over 20 years now and we do nothing but lose the battle year after year. After a few of us were talking things over at the bar after some Coors the other night, we decided fuck it, it’s time we won,” said uneducated 8th grade drop out and racist Billy Bob Jethrosmith, the leader of the rogue Confederate reenactors.

“It’s about time we fight to get our states’ rights back again, which is what the Civil War was all about, not slavery like all them their so-called experts like to say. We are just sick and tired of seeing all these great Confederate monuments being torn down.”

Jethrosmith and his fellow conspirators are said to be on their way to the Virginia State Capital building to take it over. President Trump has yet to send in the National Guard to break up this rabble as he stated that there were ‘bad people on both sides’.