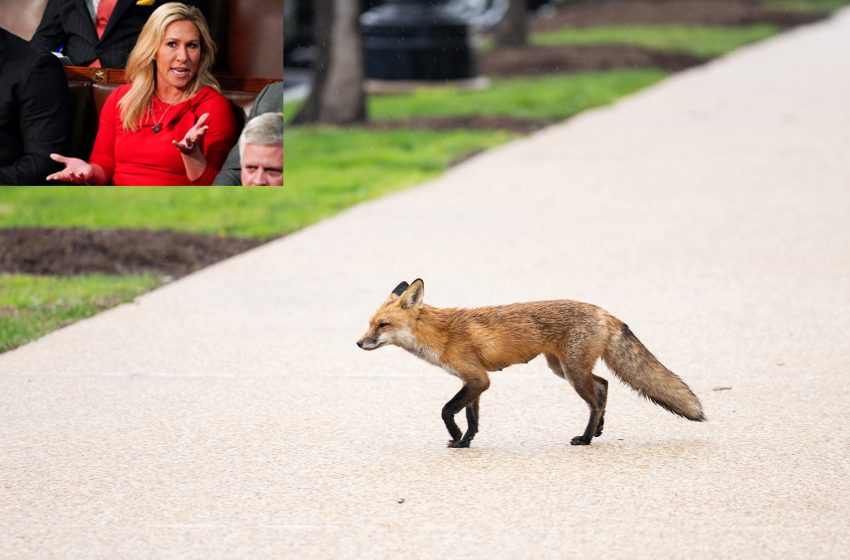 WASHINGTON – Shortly before being euthanized, the capital fox released a statement explaining that he got rabies from biting Marjorie Taylor Greene.

“I saw that psycho walking by and I just couldn’t resist biting her in the leg but little did I know that she had rabies and that’s how I got it. I know my time has come to an end now but my only regret is that I didn’t bite that fucker in the throat and take her out with me,” said the fox.

There’s no word on whether anything will be done to Greene but she was last seen tweeting furiously while foaming at the mouth and pacing up and down the Democratic representative’s office wing hallway in the Capitol building.