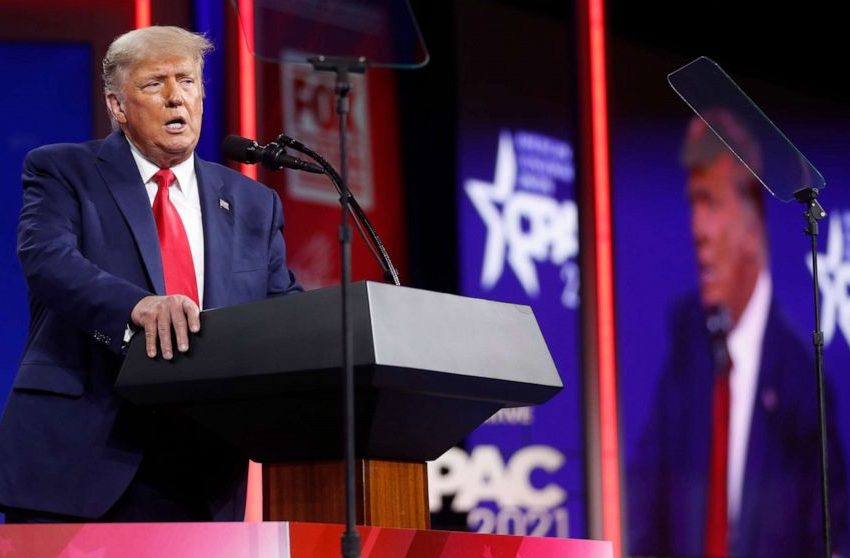 ORLANDO, FL – As former President Trump came out for his speech at the CPAC Conference, also known as the Conservative Pieces of Archaic Cunts Conference, on Sunday night, the entire crowd simultaneously went down on their hands and knees, praising Trump as if he was a God.

The entire crowd was seen fully prostrating themselves to Trump and simultaneously chanting I pray to you oh lord trump, guide us to victory.

“It was absolutely insane. The Republican Party has turned into a cult, praising Trump like he’s their god. It was disgusting. Senators Ted Cruz and Josh Hawkey even stripped off all of their clothes and threw their naked bodies at trump’s feet for some creepy reason. I’m very disturbed by the whole thing,” said a journalist covering the event.

Horrible Person Saddened She No Long has...