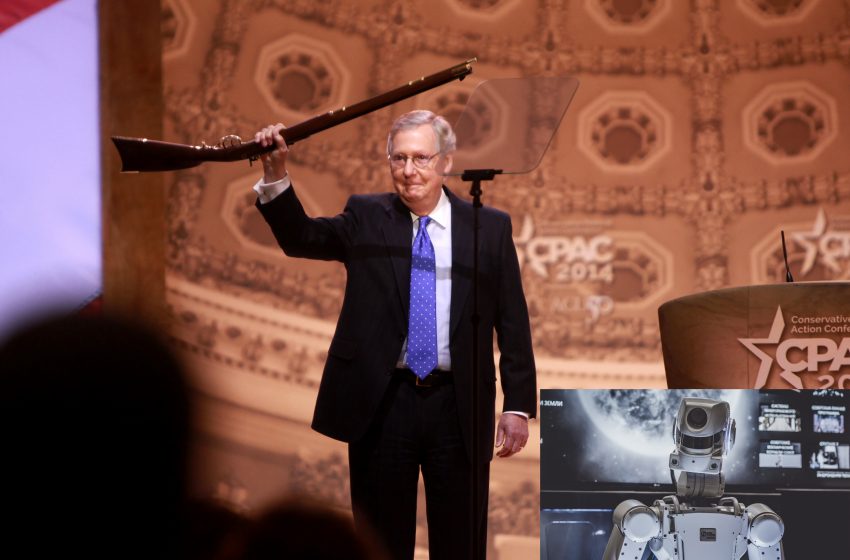 LOUISVILLE, KY – There are 17 men with the name Mitch McConnell in the state of Kentucky and so far, seven of them have been killed in an eerily similar fashion to the movie The Terminator.

“There was a knock at the door, so I answered it and a very muscular man dressed in all black leather and with black sunglasses said my husband’s name very robotically in an Austrian accent. When I called my husband, he came to the door and the man shot him in the head 3 times and just calmly walked away,” said wife Sherry McConnell.

Experts believe that a Terminator was sent back in time to kill Senate Majority leader Mitch McConnell to prevent the apocalypse from happening. Armed with nothing more than his name and state of residence, the Terminator appears to be traveling around the state taking out every man named Mitch McConnell.

Experts also believe that this is a good Terminator sent back by the resistance because of Mitch McConnell’s efforts to replace Ruth Bader Ginsburg on the Supreme Court with a little more than a month before the election. This comes in direct contradiction to what the slimy piece of shit said and did in 2016 about replacing a Supreme Court Justice during an election year.

Police urge everyone to notify them at once if they spot this suspected terminator. Senator Mitch McConnell’s whereabouts are unknown at this time but it is believed that he is hiding inside his turtle shell somewhere in Kentucky.