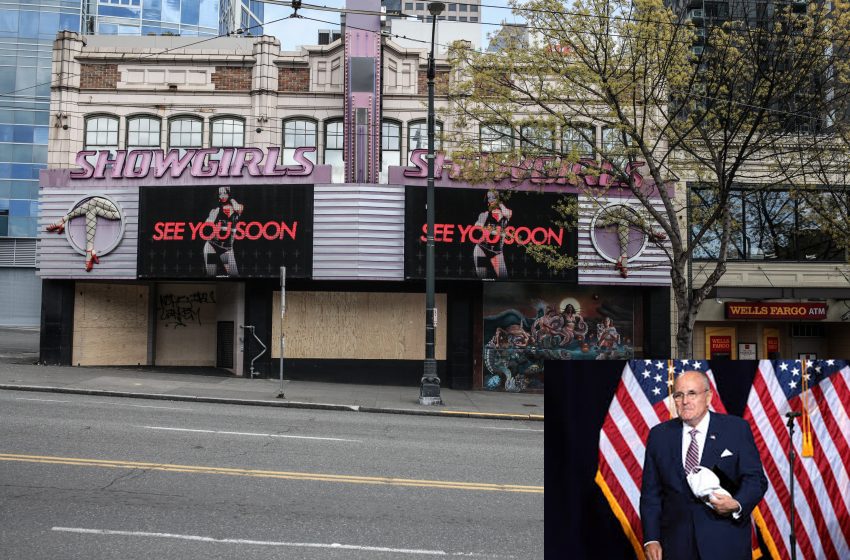 PHILADELPHIA, PA – A disheveled Rudy Giuliani came stumbling out of Honkertown Gentleman’s Club today and held a press conference right outside the strip club, claiming that he had found millions of illegal votes that were casted for Joe Biden in Philadelphia.

Giuliani, who was slurring his words, zipping up his pants, and tucking his shirt in as he came out for the press conference, did not show any proof for any of his claims.

Giuliani claimed millions of dead people voted, millions of votes for President Trump were thrown in the garbage, and millions of illegal votes were casted for Joe Biden, again with absolutely zero proof.

The press conference was cut short as Giuliani claimed that he had to get back to work as he turned around and rushed back into the strip club while pulling his pants down.